Whale of a Tale

“It is the easiest thing in the world for a man to look as if he had a great secret in him.” - Herman Melville, Moby-Dick

If you’ve ever seen a photo of Japanese artist Osamu Kasho, you might find that hard to believe – his smiling, happy go lucky face belies his clever imagination for tricky secrets. But pick up one if his adorable puzzle boxes and you’ll know.

Kasho, whose work I admire and have written about many times before, must enjoy the ocean, because a number of his pieces have featured a nautical theme, including a little boat, a pelican, and these two happy whales. The first whale was produced as part of the Karakuri Creation Group exhibition themed “Two”. Kasho relates that he wanted to make something eye-catching. It’s a nicely sized box shaped like a cartoon whale with the hint of a smile, a tiny tail and a spouting blow-hole. The piece is crafted from Walnut and Dogwood, “two” contrasting colored woods which perfectly highlight the whale’s features. Like all of Kasho’s work, the solution is not immediately obvious, and will put a smile on your face. It’s hard not to smile, since the whale will be smiling as well once you’ve solved it. Kasho likes to integrate dynamic details like this into his puzzles, like the sleepy lion who wakes up as you progress.

“for there is no folly of the beast of the earth which is not infinitely outdone by the madness of men ” - Herman Melville, Moby Dick

The whale was so cute that Kasho revisited it a few years later for his annual end-of-year Karakuri Club membership gift. The Whale has had a Baby Whale! The little one is modeled after its parent in all aspects, including the two woods, but in a tiny form. Of course, the mechanism is completely different, and perhaps even cleverer. Kasho wanted this box to show how the internal structure works, so he made it possible to peak inside and understand how the parts link. The pair – officially a pod, or a herd, or a gam? – look great together and one can’t help but wonder what other oceanic delights might surface in the coming years from Kasho. He relates that he loves the look of these whales, and I wouldn't be surprised to see another one of his whales, one day.

“I know not all that may be coming, but be it what it will, I'll go to it laughing.” - Herman Melville, Moby-Dick

I’ve got a stellar surfside sipper here to toast these majestic creatures while sitting in the sand. The cocktail is a classic highball, traditionally a spirit like whiskey topped off with soda water. Highballs are immensely popular in Japan, where the whiskey is delicious. This version takes notes from a rum based classic cocktail called the Dark and Stormy, a drink with rum, lime and ginger beer which I featured long ago with another apropos Karakuri puzzle.

“It is not down on any map; true places never are.” - Herman Melville, Moby-Dick

We’ll stick to whiskey for the whales, and not just any whiskey. Cali Distillery, based in Los Angeles California, has been creating unique expressions of the brown spirit for the past few years. What started as a home kitchen project by a school teacher making unusual fruit and spice liqueurs for her friends evolved into a full-fledged award winning whiskey distillery. At the heart of each of their creations is California – their flagship whiskey, “Cali – a California Twist on American Sipping Whiskey” – is a truly unique spirit that captures the essence of California in a magical way.  Their newest product is called “Mavericks Doublewood”. It’s an homage to the largest surf break on the Cali coast, and to the free spirited surfers who ride those waves. The name Maverick actually brings this whiskey home to Texas, where I live. Samuel Maverick was a Texas rancher who refused to brand his cattle herd, and the term became synonymous with the free spirited non-conformist in the crowd. Cali Mavericks is aged first in charred new American Oak barrels, followed by time spent in toasted French Oak. The result is, from Cali’s own description: “Rich with coffee, caramel and cocoa aromas, this is what Whiskey tastes like on the coast.”

“As for me, I am tormented with an everlasting itch for things remote. I love to sail forbidden seas, and land on barbarous coasts.” - Herman Melville, Moby Dick

The drink also captures a Baja surfer sensibility with use of aguapanela, a common drink found in Mexico and South America but less well known stateside. It is made from panela (or piloncillo in Mexico), a dried brick of evaporated cane sugar juice and usually served with fresh lime. Topped off with ginger beer and a dash of hibiscus bitters, this is one tasty way to enjoy some coastal California whiskey. Here’s to the sun, the sand and the surf. Cheers!

Build ingredients in an ice filled glass and stir. Citrus peel surfboard or a lime twist.


For more from Osamu Kasho see:
Blast Off!
Planes, Trains, and Automobiles
Ripples

Special thanks to Osamu Kasho for these Baby Whale production photos: 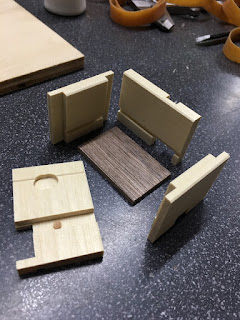 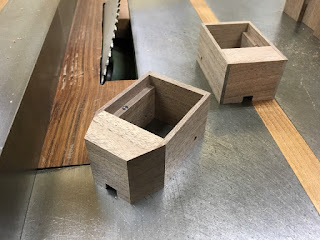 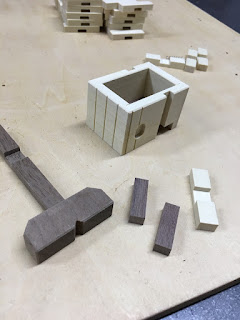 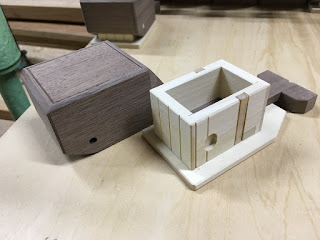 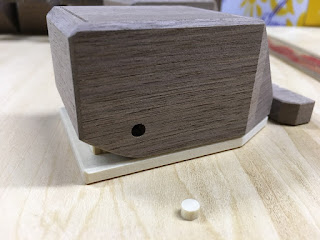 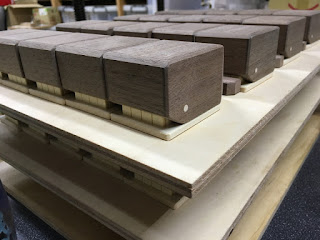 Boxes and Booze
Combining fine craft cocktails with finely crafted puzzles. There's nothing puzzling about a good cocktail, but a good puzzle might just make you need one.

Search for some boxes and booze

Puzzling pages to peruse and ponder